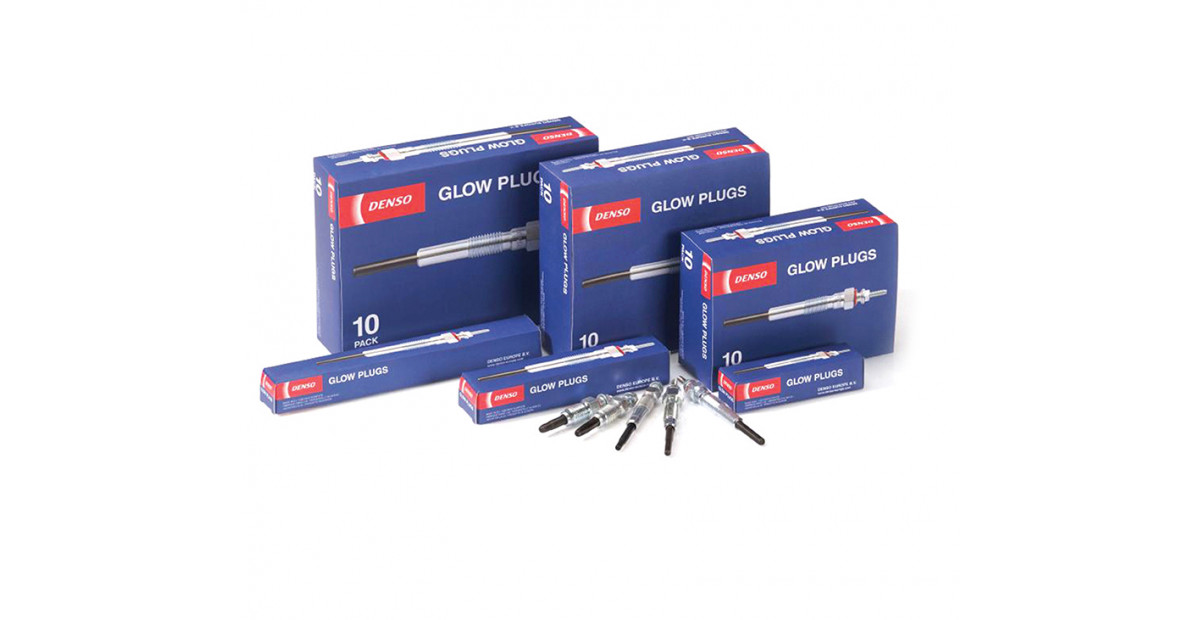 DENSO glow plugs have a long lifespan, however they do gradually deteriorate due to wear and tear. So how do you know if a set of glow plugs needs replacing? In this article, we look at six common signs that indicate faulty or damaged glow plugs.

A number of faults can cause the engine warning light to illuminate – below, we outline the clues which point to faulty glow plugs.

1. Hard starting
A hard starting engine is the most common indicator of damaged glow plugs. In cold conditions, without correctly functioning glow plugs, the combustion chamber may not reach the right temperature to ignite the fuel and start the engine. If there are no problems with the fuel or the battery, then glow plugs should be checked.

2. Engine misfiring
The combustion process in diesel engines requires a high rate of compression, fuel injected at the correct time and in the correct amount. This ignites the diesel fuel, resulting in combustion. Misfires can be caused by issues with fuel quality, compression and fuel injection.

The combustion chamber heat comes from compression pressure and glow plug heat. It needs to reach at least 232°C for ignition to take place. If the glow plugs are faulty, the engine chamber will not reach the required temperatures.

3. Rough idling
If one or more glow plugs have burned out, are carbon fouled or damaged, the engine will become progressively harder to start as temperatures drop and will idle roughly and produce white smoke from the exhaust for several minutes once it finally starts. If all the glow plugs are burned at their tips, check the fuel injection timing.

4. Decreased fuel efficiency
Temperature and fuel usually determine fuel efficiency, not glow plug performance. However, in some cases, glow plugs do have a role to play.

Based on local climate, diesel may be blended with specific additives during the cold months to lower its freezing point. The blended fuel will most likely have a lower energy content and provide reduced fuel efficiency. Engine operating temperatures should be adjusted to ensure all the injected fuel is completely burnt. Glow plugs help to provide the additional heat in the combustion chamber.

If the required temperature is not reached due to faulty glow plugs, the engine’s performance will be weakened, and it will have to work extra hard to meet the demands of the road. The vehicle’s fuel efficiency will be negatively affected.

If the car has shown other symptoms listed here and also starts showing reduced fuel efficiency, it should be taken to an authorised workshop for proper diagnosis and service as soon as possible.

5. White smoke
White smoke usually occurs when there is not enough heat to burn the fuel. The unburnt fuel particles travel out of the tailpipe as smoke and typically produce a rich fuel smell. It’s not unusual to see white smoke from the exhaust during cold weather, until the engine has warmed up.

Damaged glow plugs or a faulty glow plug control module can cause white smoke on engine start up. There are also many other possible causes for an excess of white smoke, including low engine cranking speed, low compression and air in the fuel system. If white smoke is still visible after the engine has warmed up, the engine may have one or more bad injectors, retarded injection timing or a worn injection pump.

6. Black smoke
Black smoke is caused by an imbalance in the air-fuel ratio – too much fuel and not enough air. This means either too much fuel is being added to the mix or there is not enough oxygen being supplied to burn the fuel. Faulty glow plugs may disturb the sensitive diesel combustion process, which in turn might result in the engine producing black smoke from the exhaust pipe. This is a warning sign that something is wrong either with the glow plugs or other vital components of the combustion process.